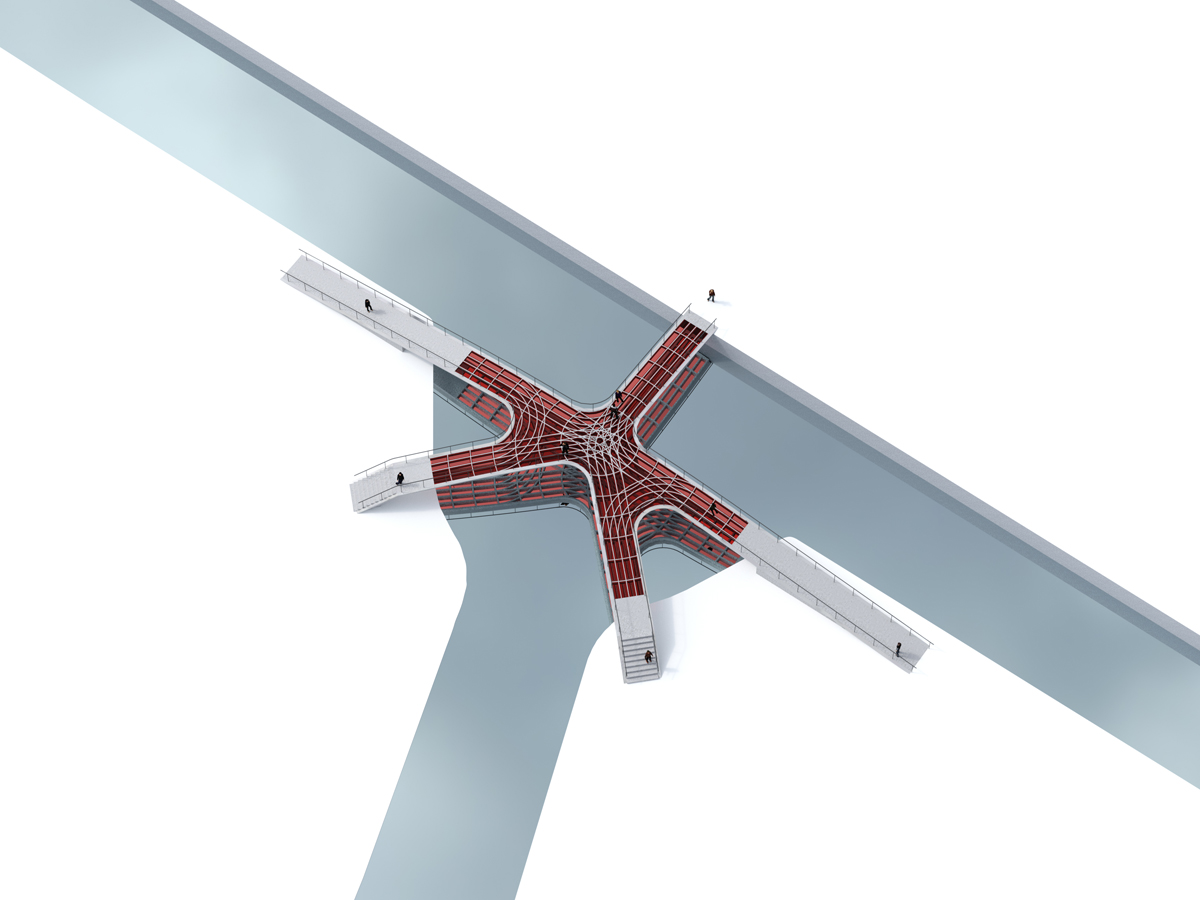 This competition entry connects five routes over a new canal. Developed with Arup and inspired by structures of Pier Luigi Nervi, the five routes were projected onto a shallow dome spanning the canal and the remainder of the surface removed leaving distinctive arms spanning to a single point.

The structure uses CNC polystyrene formwork, cut directly from the model using rapid prototyping techniques and laid over the primary falsework and reinforcement added. After the pour, the falsework would be struck and the polystyrene cut out. The rib structure follows the lines of principal stress, creating an interlocking geometric pattern on the surface. 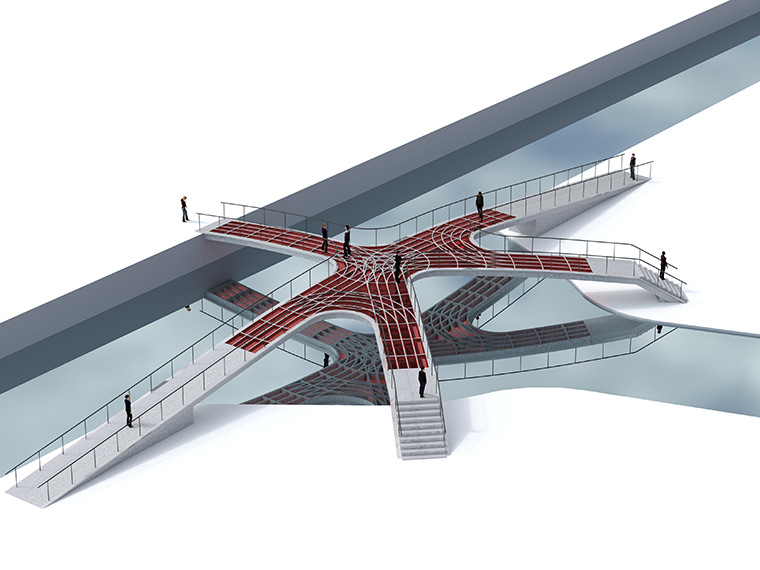